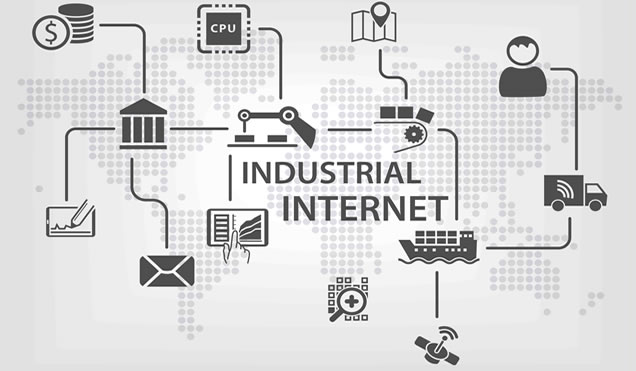 Since the early 2000s, Internet of Things (IoT) devices monitor equipment, automate processes, and improve worker safety — serious technology strategies for manufacturing CIOs. Moore’s Law, a computing term around since 1970 which submits that processor speeds (overall processing power for computers) doubles every two years, applies to IoT devices, too. Their use increases over time, but what happens to all of the data they collect?

For frame of reference, global technology media group TechTarget defines IoT as a system of interrelated computing devices, mechanical and digital machines, objects, animals or people that are provided with unique identifiers (UID) and the ability to transfer data over a network without requiring human-to-human or human-to-computer interaction. A UID is a numeric or alphanumeric string associated with a single entity in a given system, making it possible to address that entity, as well as access and interact with it. They have an entire practice devoted to IoT technology and strategy as it relates to enterprise IT.

A thing, in the Internet of Things, can be a person with a heart monitor implant, a farm animal with a biochip transponder, an automobile that has built-in sensors to alert the driver when tire pressure is low — or any other natural or man-made object that can be assigned an IP address and provided with the ability to transfer data over a network.

I attended a Pittsburgh Technology Council event featuring chief information officers. While asked to share how they define success, current initiatives underway and what keeps them up at night, collecting and analyzing IoT data was definitely on their minds. All agreed that mining this data for trends can be used to improve quality and subsequently reduce costs.

Some key takeaways from the discussion

Cloud computing is vital to the collection of IoT data. Devices transmit data wirelessly to enterprise systems that prepare the information for analysis. Industrial Scientific Corporation depends on IoT devices to support their just-in-time instrument repair service. Over 250,000 distributed devices monitor and transmit information used to identify repair needs. Analysis of this information leads to improvements to products and services.

Did you ever wonder what happened to the caboose? The one time classic ‘last car on the train’ that communicated with the engine, is now an IoT device. Wabtec Corporation uses IoT devices to improve freight line safety.

Low margins associated with large scale manufacturing can be improved through automation and the use of IoT devices. Reductions in the cycle time of production can greatly impact the bottom line. Arconic has realized 20% reduction in manufacturing costs by automating production.

Automation, safety, and quality are examples of how Internet of Things (IoT) devices benefit manufacturing. Analyzing the data to discover trends will lead to ongoing improvements.

With the number of connected devices set to top 11 billion in 2018 (that's NOT including computers and phones), IoT is clearly a hot topic.

Speaking of IoT in manufacturing, let the data collection and analysis begin! I'll close with this quote about the explosion of IoT needs with manufacturers — to outthink, outsmart and outperform: 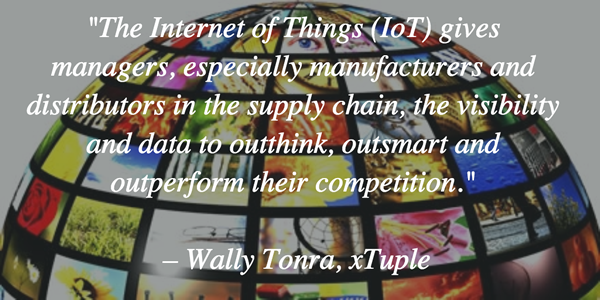 Previous Story
← Manufacturing Sales: 6 Reasons Prospects Aren't Buying From You
Next Story
Manufacturing USA Annual Report: What it means for the Supply Chain →

When the going gets tough ... Bliley Technologies does it right!