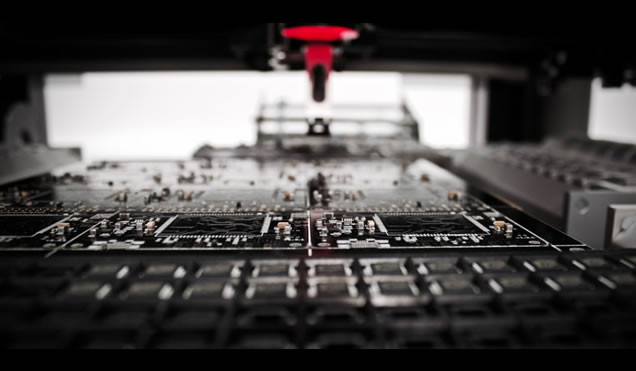 Top 18 Facts You Need to Know About U.S. Manufacturing

A strong economy depends on manufacturing growth, from the simplest industrial processes to the most advanced technologies.

In the most recent data, manufacturers contributed $2.38 trillion to the U.S. economy in the fourth quarter of 2018. This figure has risen since the second quarter of 2009, when manufacturers contributed $1.67 trillion. Over that same time frame, value-added output from durable goods manufacturing grew from $0.87 trillion to $1.33 trillion, with nondurable goods output up from $0.81 trillion to $1.06 trillion. In 2018, manufacturing accounted for 11.4 percent of GDP in the economy. (Source: Bureau of Economic Analysis)

For every $1.00 spent in manufacturing, another $1.82 is added to the economy. That is the highest multiplier effect of any economic sector. In addition, for every one worker in manufacturing, there are another four employees hired elsewhere. (Source: NAM calculations using IMPLAN)

With that said, recent research suggests that manufacturing’s impacts on the economy are even larger than that if we consider the entire manufacturing value chain plus manufacturing for other industries’ supply chains. That approach estimates that manufacturing could account for one-third of GDP and employment. Along those lines, it also estimated the total multiplier effect for manufacturing to be $3.60 for every $1.00 of value-added output, with one manufacturing employee generating another 3.4 workers elsewhere. (Source: Manufacturers Alliance for Productivity and Innovation)

3. The majority of manufacturing firms in the United States are quite small.

The majority of manufacturing firms in the United States are quite small. In 2016, there were 249,962 firms in the manufacturing sector, with all but 3,837 firms considered to be small (i.e., having fewer than 500 employees). In fact, three-quarters of these firms have fewer than 20 employees. (Source: U.S. Census Bureau, Statistics of U.S. Businesses)

4. There are 12.82 million manufacturing workers in the United States.

In 2017, the average manufacturing worker in the United States earned $84,832 annually, including pay and benefits. The average worker in all non-farm industries earned $66,847. Looking specifically at wages, the average manufacturing worker earned more than $27 per hour, according to the latest figures, not including benefits. (Source: Bureau of Economic Analysis and Bureau of Labor Statistics)

6. 92 percent of manufacturing employees were eligible for health insurance.

Manufacturers have one of the highest percentages of workers who are eligible for health benefits provided by their employer. Indeed, 92 percent of manufacturing employees were eligible for health insurance benefits in 2018, according to the Kaiser Family Foundation. This is significantly higher than the 79 percent average for all firms. Of those who are eligible, 82 percent participate in their employer’s plans (i.e., the take-up rate). There are only three other sectors—state and local government (85 percent), trade, communications and utilities (85 percent) and wholesale (84 percent)—that have higher take-up rates. (Source: Kaiser Family Foundation)

Manufacturers have experienced tremendous growth over the past few decades, making them more “lean” and helping them become more competitive globally. Output per hour for all workers in the manufacturing sector has increased by more than 2.25 times since 1987. In contrast, productivity is roughly 1.8 times greater for all non-farm businesses. Note that durable goods manufacturers have seen even greater growth, exceeding 2.6 percent times the output per worker seen three decades ago. (Source: Bureau of Labor Statistics)

8. Over the next decade, 4.6 million manufacturing jobs will likely be needed.

Over the next decade, 4.6 million manufacturing jobs will likely be needed, and 2.4 million are expected to go unfilled due to the skills gap. Moreover, according to a recent report, the lack of qualified talent could take a significant bite out of economic growth, potentially costing as much as $454 billion from manufacturing GDP in 2028 alone. Between now and 2028, a persistent skills shortage could cost $2.5 trillion in reduced output. (Source: Deloitte and The Manufacturing Institute)

9. Over the past 28 years, U.S.-manufactured goods exports have quadrupled.

12. World trade in manufactured goods has more than doubled.

13. Manufacturing in the US would be the eighth-largest economy in the world.

Taken alone, manufacturing in the United States would be the eighth-largest economy in the world. With $2.18 trillion in value added from manufacturing in 2017, only seven other nations (including the U.S.) would rank higher in terms of their GDP. Those other nations with higher GDP in 2017 were (in order) the U.S., China, Japan, Germany, India, the United Kingdom and France. (Source: Bureau of Economic Analysis, International Monetary Fund)

Foreign direct investment in U.S. manufacturing exceeded $1.6 trillion for the first time ever in 2017. Across the past decade, foreign direct investment has jumped from $569.3 billion in 2006 to $1,607.2 billion in 2017. Moreover, that figure is likely to continue growing, especially when we consider the number of announced ventures that have yet to come online. (Source: Bureau of Economic Analysis)

U.S. affiliates of foreign multinational enterprises employed nearly 2.5 million manufacturing workers in the United States in 2016, or roughly one-fifth of total employment in the sector. In 2016, the most recent year with data, manufacturing sectors with the largest employment from foreign multinationals included motor vehicles and parts (407,300), chemicals (364,400), food (301,000), machinery (228,100), primary and fabricated metal products (168,000), plastics and rubber products (156,900) and computer and electronic products (152,900). Total compensation in the manufacturing sectors from these affiliates was $228.2 billion, and those entities spent $43.0 billion in research and development. (Source: Bureau of Economic Analysis)

Manufacturers in the United States perform 64 percent of all private-sector R&D in the nation, driving more innovation than any other sector. R&D in the manufacturing sector has risen from $132.5 billion in 2000 to $252.0 billion in 2017. In the most recent data, pharmaceuticals accounted for nearly one-third of all manufacturing R&D, spending $72.6 billion in 2017. Aerospace, chemicals, computers, electronics and motor vehicles and parts were also significant contributors to R&D spending in that year. (Source: Bureau of Economic Analysis)

17. Manufacturers consume more than 30 percent of the nation’s energy.

18. The cost of federal regulations falls on manufacturers.