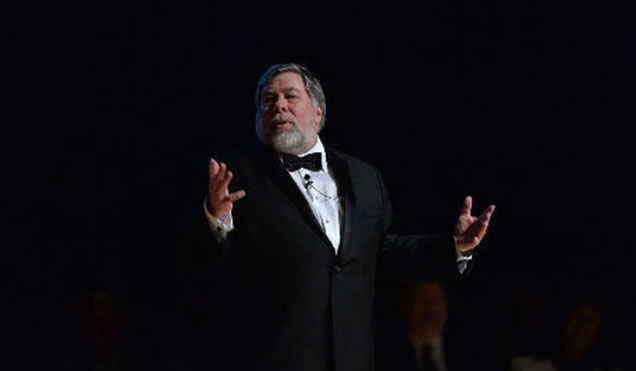 Apple cofounder Steve Wozniak was the headliner at the Norfolk Forum on Tuesday, October 14, 2014. Wozniak regaled a crowded Chrysler Hall, recounting stories of his rise to fame from high school outcast to celebrated inventor. He also served as the opening act for xTupleCon, the global user conference held by the eponymous Norfolk, Va.-based enterprise software company. The Woz, as he is known affectionately among the digerati, held court on everything from smartwatches to self-driving cars — even his take on the box office bomb "Jobs."

Wozniak, who founded Apple in 1976 with his longtime friend and business partner the late Steve Jobs, sped through breathless recollections of his life growing up in Silicon Valley, his college years, the pranks, the hijinks, the few successes and many failures that led him to where he is today.

His style of staccato storytelling, jumping from one narrative to the next, was riddled with soundbites and takeaways for an enthralled audience.

But it wasn't his perspective on the tech community's newest innovations that many in the audience had come to hear. As the night proceeded, Wozniak was asked several times just how Hampton Roads could persuade some of that innovation to move to southeastern Virginia.

"I am a firm believer in younger people," Wozniak said. "A good CEO is really smart to find a few young people, bounce ideas off them, keep in touch with them."

If he's lucky, Wozniak said, that CEO won't just find a youthful sounding board for thoughts. He will find a young thinker with thoughts of his own and the ability to transform those thoughts, build them and engineer them. In essence, that CEO will have found an inventor.

The key is you have to be looking for them.

"They can make a huge economic difference," he said. "Any engineer can sit down, follow a set of rules and create something for you, given instructions. Inventors — they think a little differently and very often, they're quiet at first, they're not necessarily outspoken on everything."

But, the reason why innovation is so rare is because great minds are so rare.

If every teenager were a Steve Wozniak or a Bill Gates, there would be little need for Wozniaks and Gateses to cram themselves into starched tuxedos on October nights in downtown Norfolk and address the masses from a spotlit stage.

That's why there are other resources for local economies, Wozniak said, to tide them over between geniuses.

Outtakes and words of wisdom from Wozniak's rapid-fire monologue

Why did Wozniak sell 80,000 of his own Apple shares during the company's IPO to employees who otherwise would not have received any stock? "Employees should feel like owners of a company," Wozniak said. "Always."

Artificial intelligence, a la Siri, is one of the greatest innovations of the 21st century, Wozniak said. "But it's not a brain," Wozniak emphasized. There will always be clear distinctions between the human brain and AI, he said, and that's for the best. "A computer can do a million things a minute," he said, "but it doesn't know how to come up with another approach to a problem. That's human intuition." Nevertheless, Wozniak said he's still worried that one day AI will gain some form of human consciousness. Wozniak said he doesn't like that thought, though, so he's hoping that Moore's Law will tap out. "Computers will not replace a brain," he reiterated throughout the night.

College isn't necessarily a straight path for any student. It wasn't for Wozniak. "What college you go to doesn't matter," he said. "It's in you." School does have some benefits, though. "School's a good place to hang out."

Wozniak was ambiguous as to where he left his relationship with Jobs. Earlier in the night, Jobs was a "close friend." Later on, Wozniak said, "[Jobs] had been finding ways to make money off the things I designed for five years. Apple was actually a formalization of [that]." "We weren't close friends," he said later. "I wanted to be a normal guy around normal people."

What is clear is that Jobs was a divisive personality. When Jobs took a job early in his career, Wozniak said, "they would put him on the nighttime shift because he didn't get along with people."

Jobs was also tight with money, though Wozniak doesn't fault him. When Wozniak helped design a one-player pong-style game for Atari, Jobs sold the game. "He got paid $1,000 and wrote me a check for $350... he needed the money more than me. He was poor. I had a job."

Excerpts from Reynolds Hutchins' Inside Business: "Apple cofounder takes a bite out of Norfolk" 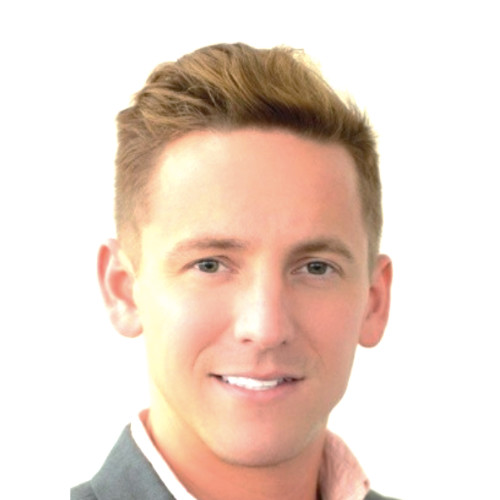 By Reynolds Hutchins
Reynolds Hutchins is a writer for The Virginian-Pilot. Founded in 1865, it is Virginia's largest daily newspaper and publishes Inside Business: The Hampton Roads Business Journal.

5 Ways Growing Companies Get Tripped Up by Sales Tax

How do you manage your business?

If your company’s processes are clearly diagrammed in a workflow, you'll see exactly where improvements are needed to increase operational efficiency. Request your own Business Process Workflow, delivered by our manufacturing experts. 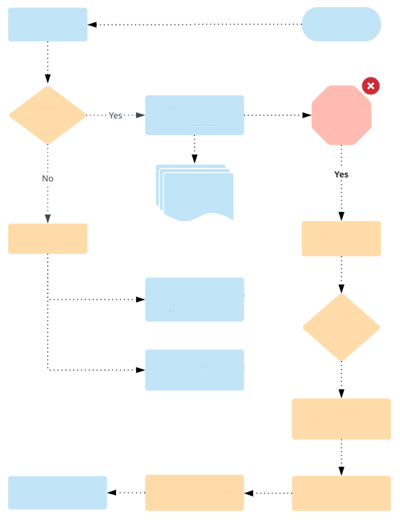 "xTuple" (verb) — to grow; to increase exponentially. Our mission is to help manufacturing and inventory-centric companies use management software and best practices to grow their business profitably.